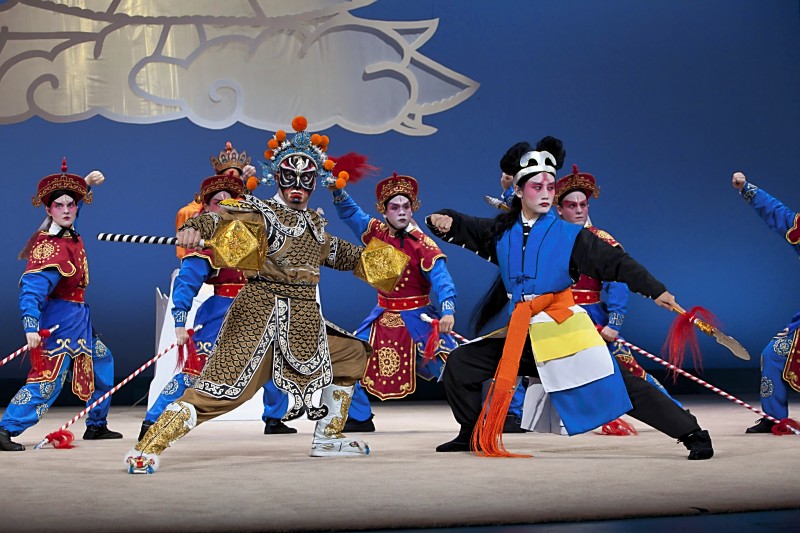 The White Snake is a classical Jingju (Peking opera) play that originated in the Tang dynasty. The performance relates the famous legend of a snake spirit who descends to earth as a beautiful woman, falls in love with a handsome man, and then must fight to restore his life and save their marriage in the face of supernatural attacks from a powerful monk.

Jingju is known for having four major performance skills—song, speech, dance, and combat—and all were seen during the production. Students trained with master teachers from the Jiangsu Jingju Company for six months in preparation for the production. According to the director, “The White Snake has delightful dance sequences, exciting combat sequences, and some of the most famous songs in the entire Jingju repertory.”

For this performance, Ronald studied for two separate roles that required different performance skills. He trained as a laosheng, to learn the Old Man Jiang role and he trained in martial dance combat (wusheng) to perform the role of Fai Hai’s Warrior.