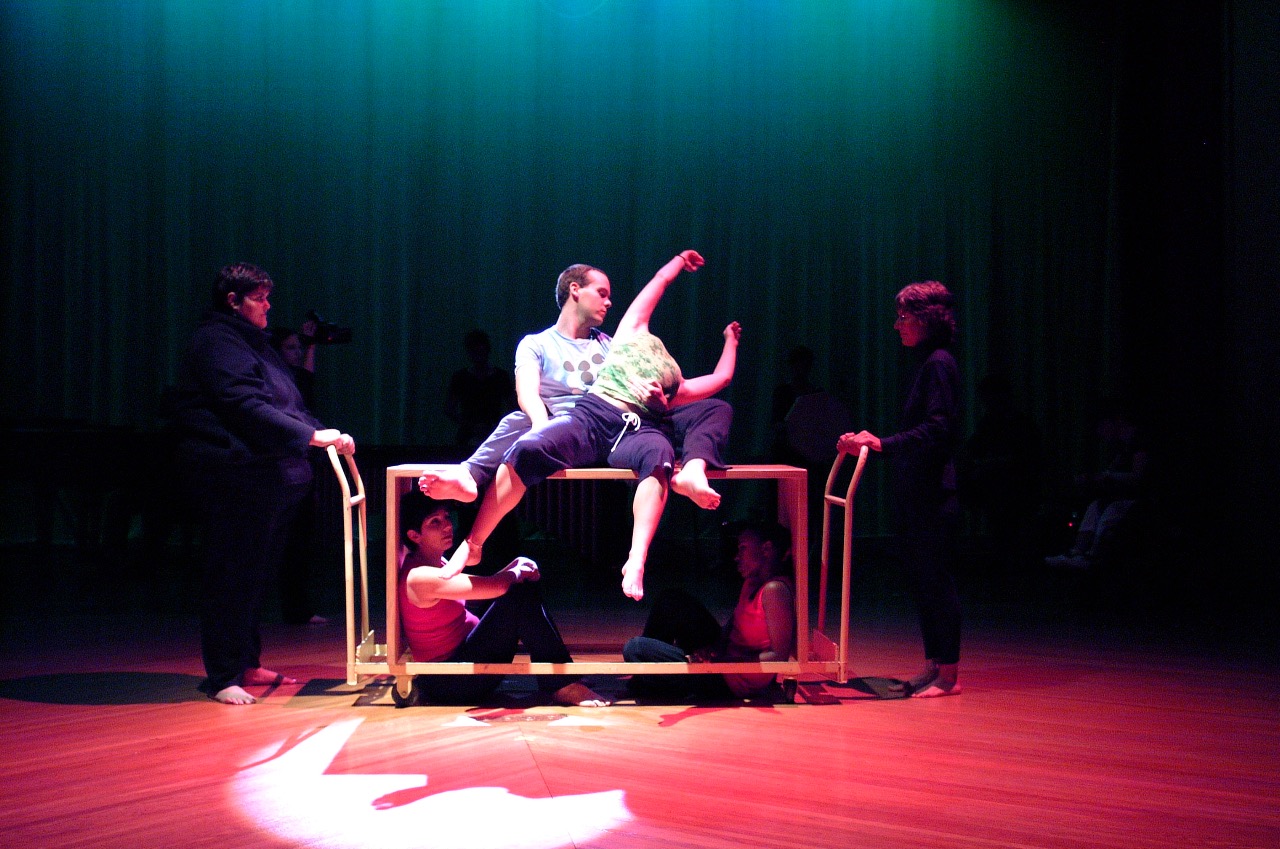 becoming was a community-collaborative dance theatre production that was devised during the attacks on the World Trade Center on 09-11-2001. The piece examined themes of escapism, trust, and security with powerful poetic body movement from both abled and disabled bodies. Ronald performed in the ensemble with TOI/Susurrus and later joined their companies in future productions.

Theatre of Inclusion is a community-collaborative performance company serving all individuals throughout Indianapolis with the basic concept that "We are all equal. Period.".

Susurrus is the artistic company of choreographer Melli Hoppe that utilizes found spaces and poetic movement to create a "landscape of emotion/motion/memory".