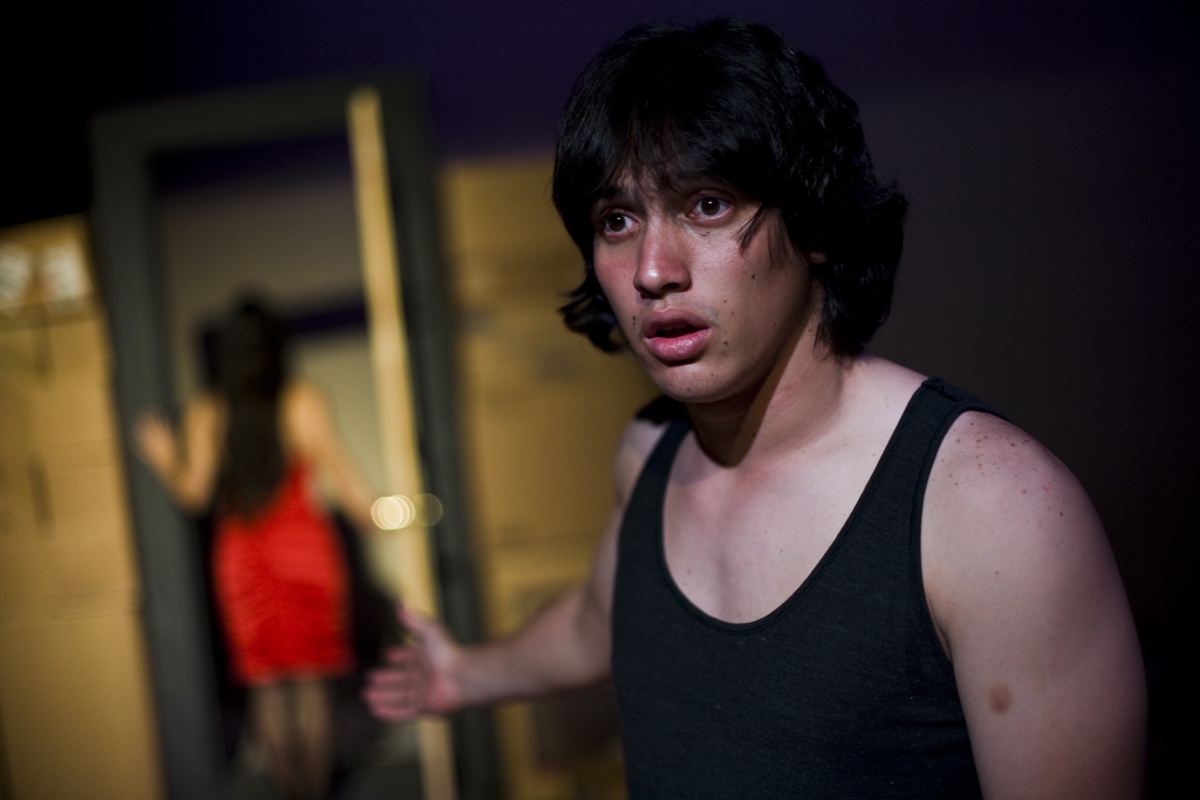 Nocturnal Wanderer was written in 1993 as 夜游神 (Yeyoushen), one of Gao Xingjian’s abstract plays that explores human existence and the afterlife. The audience experiences the majority of the play through the subconscious of Sleepwalker, who encounters various individuals that test both his faith and his desire to resist ungodly temptation. The closest resemblance to another work would be Everyman, a 15th century morality play that calls attention to human temptation/redemption, but instead of plainly following the main character, Nocturnal Wanderer compels the audience to reflect upon Sleepwalker’s journey as well. This occurs though a unique convention used in many of Gao’s plays where the main character never speaks in first person. In addition, the production incorporates multimedia, an original soundscape, and numerous “magic tricks.”

This production of Nocturnal Wanderer used a eco-friendly set where all stage properties were used items. The majority of the set was constructed using cardboard boxes and a small doorframe made from recycled wood. Each night the performers had to rebuild the set and completely strike it after the performance. The video on the right highlights this daily process during the run of the show.