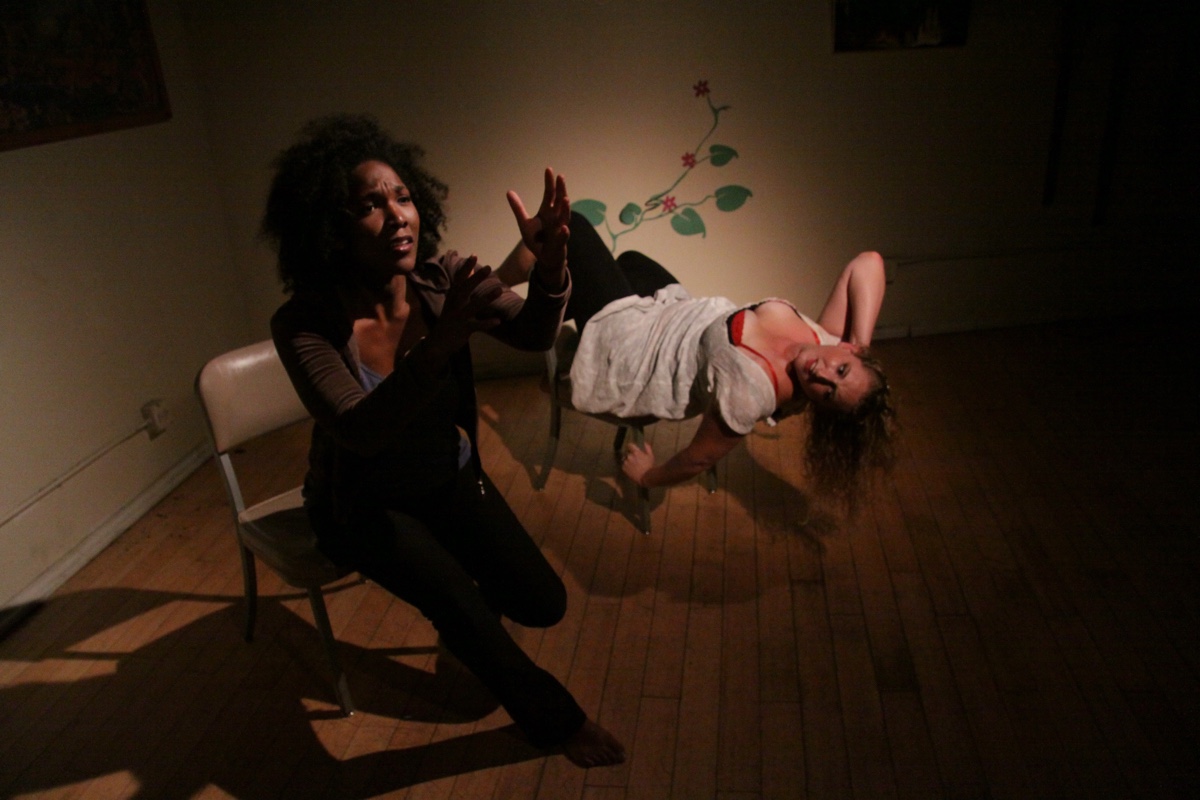 I am not distorted by your gaze. I am not influenced by your eyes. I will not become a character for your entertainment. I will be myself. I will tell my stories, my life… tonight.
–Borderline

Borderline is an original NoExit Performance production that takes the audience on a fast-paced journey of self-reflection. Two unnamed female characters describe personal moments from their life that seem oddly familiar. As each woman recounts her individual experiences with desire, lust, and womanhood their exact relationship is slowly revealed. Are they the same woman? Two parts of one self? Or, are they two souls reunited?

The International Brecht Society was founded in 1970 on the model of Bertolt Brecht's own unrealized plans for a "Diderot Society". The society is a non-profit, educational organization with a world-wide membership.